Why we should pay taxes as Kenyan citizens

Why we should pay taxes as Kenyan citizens

The Importance of Paying Taxes in Kenya

A lot of us are really irked by the idea of paying taxes. As a matter of fact if there was a way that we could just live a free life without even a single cent being deducted from our hard-earned income, then life would be very interesting. This is very normal because most people are economic beings who want to maximize their welfare through the amount of money that they earn. 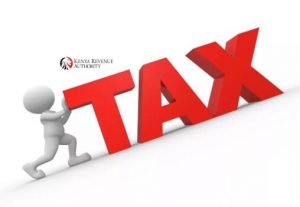 However, a wonderful life such as that would come at a huge expense: the military, the police, the doctors, the teachers, medical supplies, roads and hospitals, schools, relief food, among very many other things that are provided by the government, would all be lost.

The taxes that we pay provide budgetary support to the government. The government as we know has the primary responsibility of providing public amenities to the citizens and ensuring that every person’s life is improved. Therefore what we actually do when we are paying the taxes is removing money from one of our pockets and putting in the other pocket through the services providing to the public.

The taxes that we pay give us our security, provide us with social services, and give us infrastructure, among other things. Hence, it is for our own benefit that we pay the taxes and not for the benefit of the government.

However the problem comes when the government does not spend the money in the way that we expect it to. The high salaries that it pays the MPs, the permanent secretaries, the commissioners of various commissions, among others, is a real thorn in the flesh of many. The government ministries and various departments have also been associated with mega-corruption deals. These, among other issues, make some of us feel very dejected when we pay the taxes. This has seen many people try to avoid or evade paying taxes simply because the benefits do not flow to them.

Therefore, paying taxes is good for our own welfare and indeed for the economy as a whole. Nevertheless, in as much as we are willing to pay the taxes, a lot needs to be done to ensure the transparency of the taxes that we pay. The government, if it wants to increase the taxes collected, then it will need to address the thorny issues that haunts it and makes the general public seek for ways of not paying the taxes. A lot of awareness also needs to be done to educate the general public on the importance of paying taxes.
Let us build our economy!!!